I have always been interested in aeroplanes, which eventually led me onto rocket and jet propulsion. Although I never worked in the aircraft industry. But these things also fitted with my profession, as a metallurgist, much of which was spent investigating high temperature alloys for novel types of coal and oil gasifiers. Then despite the lack of any professional training, what I had picked up about  the basics of jet engines design kept me in gainful employment in the last stages of my career. 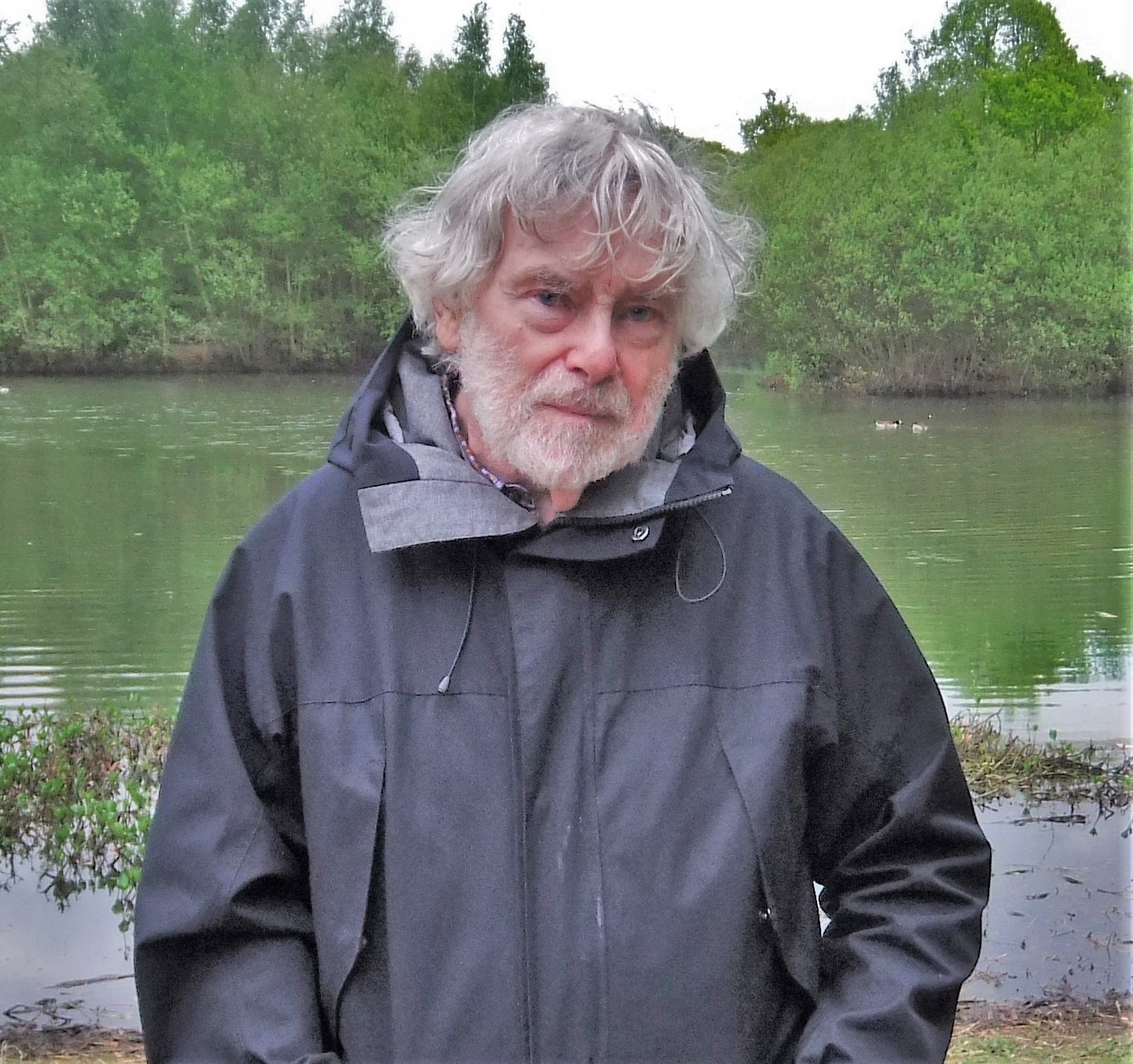 I did my degree as a Sandwich Course Student at Battersea, which was in the process of turning itself into the University of Surrey. Every six months I returned to the steel company of Dorman Long Ltd, in Middlesbrough, on the River Tees, where I was exposed to everything that the company did. Blast Furnaces, Rolling Mills, Open Hearth Steel making, Coke Ovens and Sinter Plant, etc. Sheer joy for a latent pyromaniac.

I came to know that Dorman Long and Teesside was not the place for me, and just before graduating, I resigned from the company and looked round for something that had “engineering” in the job description. It was how ended up working for British Gas, initially as a shift engineer on a steam reformer, making town gas. Then joining one of their “Research Stations” at Fulham, London.

Here I was back doing metallurgy. But the sort I liked. Identifying metallurgical failures on steam reforming plants and then sorting out how they were caused. The latter being a much more valuable job. 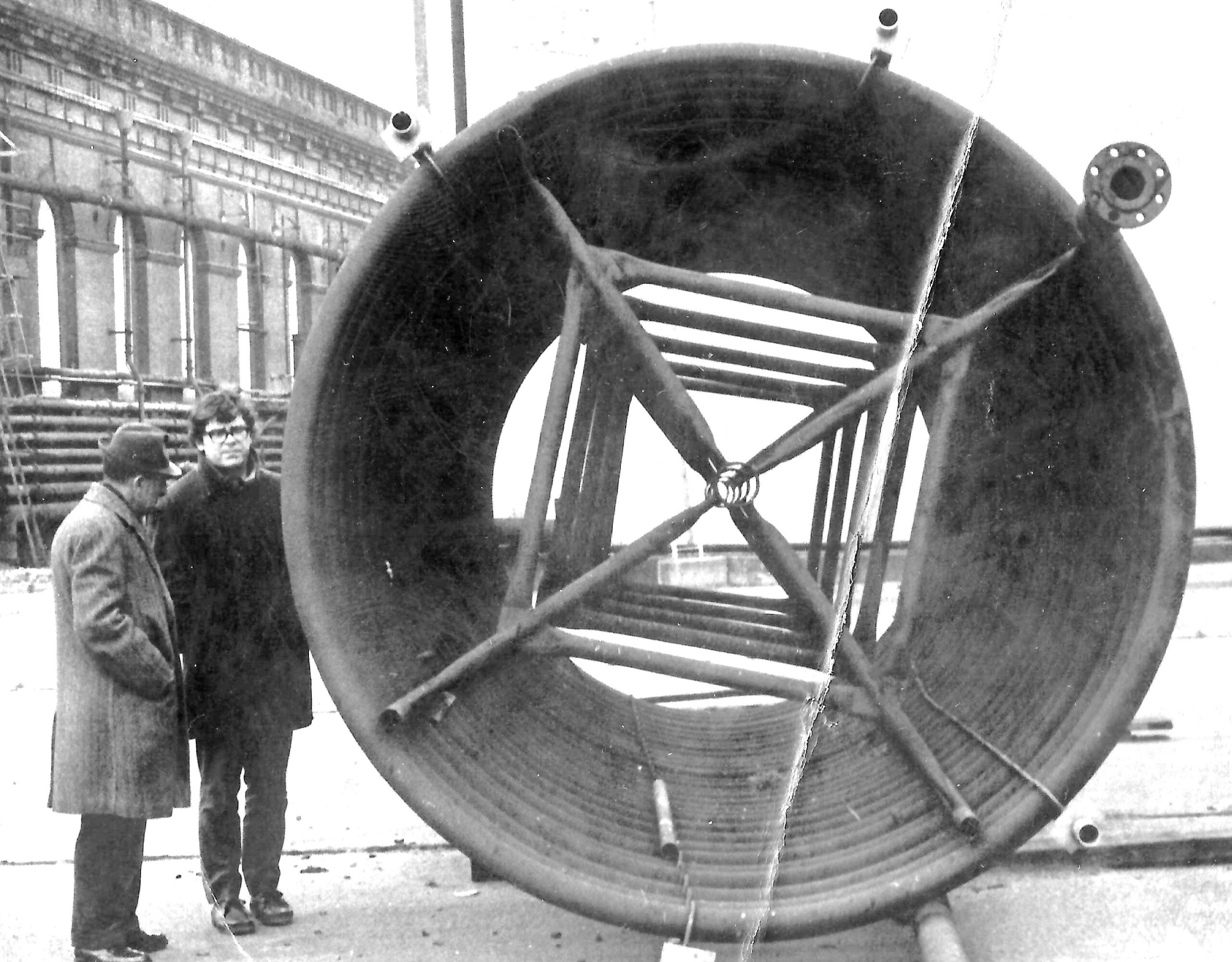 Fred, explaining to the Station Engineer, at Portsmouth Works, Southern Gas, why this fired heater coil was basically a bad design

Later on, along with a small team, and through contracts placed with a number of British Universities, I worked on developing materials for coal and oil gasifiers. When doing failure investigation and running the R&D programme for gasification materials, I was completely self taught. Occasionally making mistakes, but most of the time I was able to boast some stories of success.

It was the same in the next phase of my career, where because the gasification programme was killed off, to keep my job and my section going, I was told to move us into “Innovative Methods” of generating electricity using natural gas. Or else!

“Our part of British Gas R&D needs some really new ideas. Not a rehash of what is now the fashion – the Combined Cycle Gas Turbine”. Here I am summarising what one of our Assistant Directors, Grev Gibson told me. 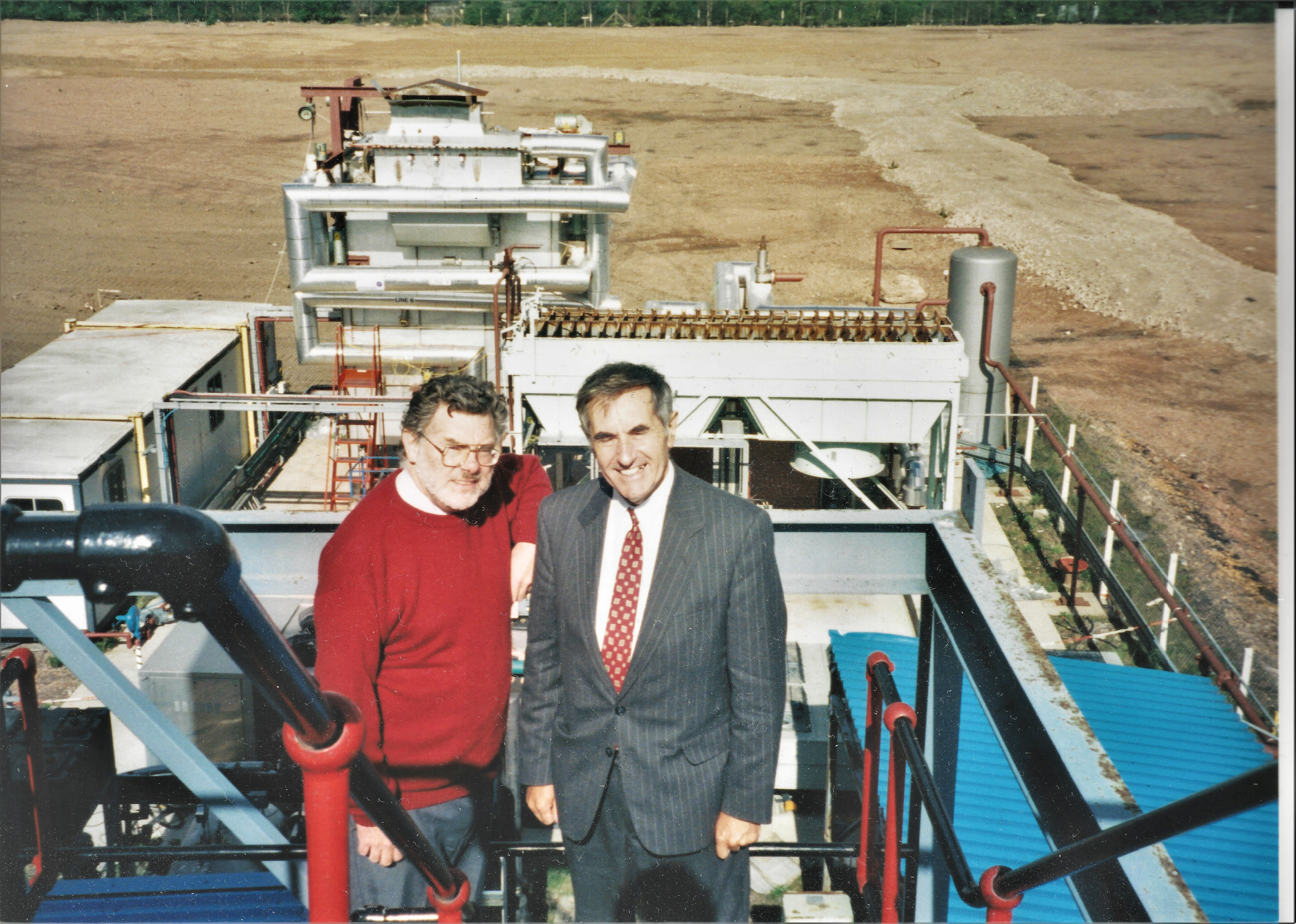 It is how I got built a closed cycle gas turbine “demonstrator” and started a programme on domestic gas boilers incorporating Stirling engines. The only practical form of combined heat and power appropriate to Britain. My way into these projects, me being classed as a mere metallurigist, is that both required heat exchangers using alloys with extremely good high temperature properties. But neither the closed cycle gas turbine nor the Stirling engine programmes would have come into existence without a lifelong interest in the history of aerodynamics and aeroengines. Insights leavened with what I had picked up on the design and operation of steam reformers. 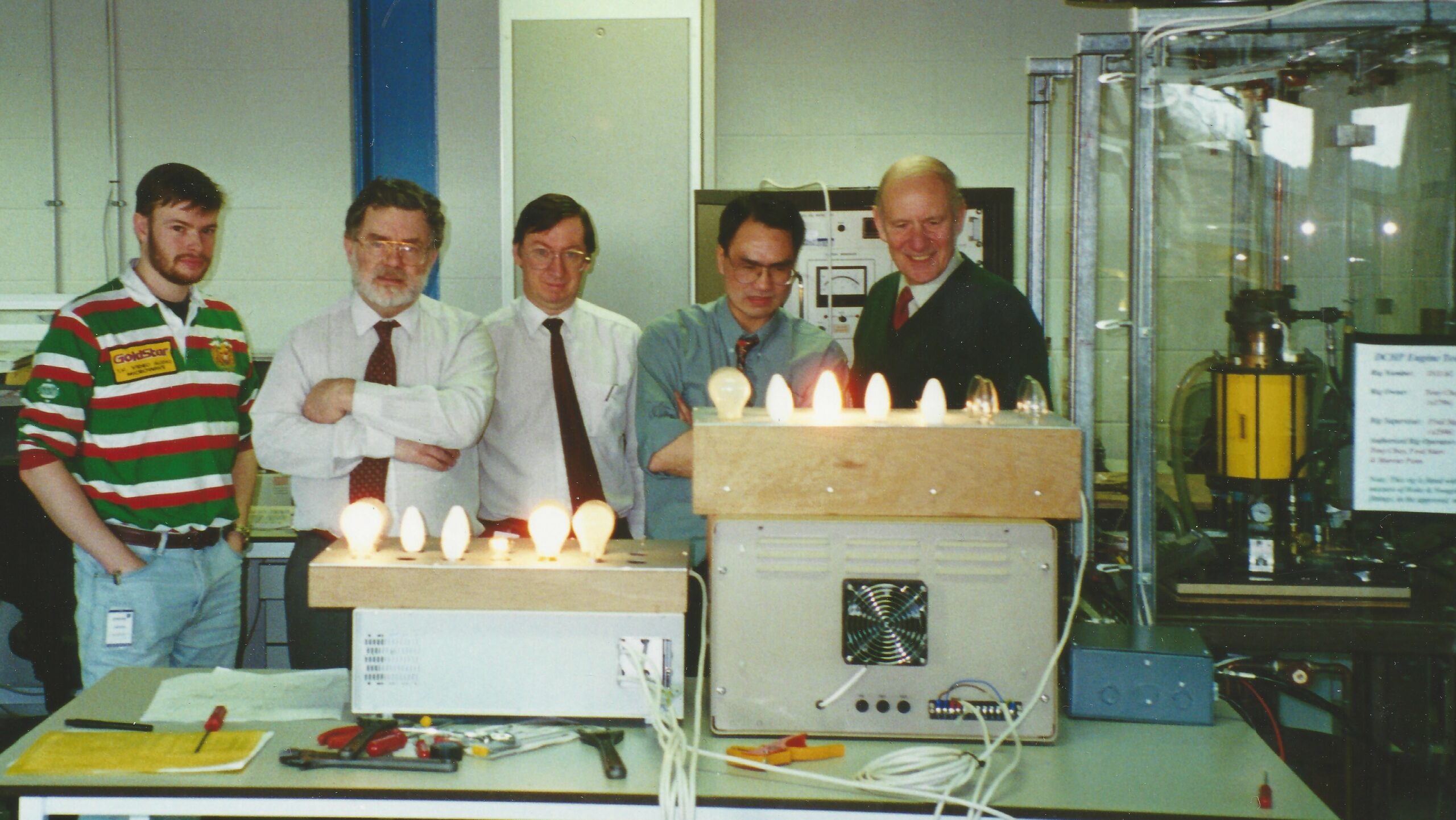 The Sunpower Free Piston Stirling Engine (the yellow cylinder on the right) along with the harmoniser for converting the 60Hz current from the Stirling into 50Hz power. Mid 1996.

I cut short the period between leaving British Gas in 1996 and joining the EU’s Institute for Energy, at Petten in the Netherlands, in 2004. But during these eight years I joined ERA Technology, meeting Ahmed Shibli, who asked me to come with him when he set up ETD Ltd. It was here I became aware of how stop/start operation could affect power plant maintenance and costs. I could see that this was only going to get worse as wind and solar power impacted on the generation of electricity.

I took this story with me to the Institute for Energy, when I was asked to do the basic design of a “Hypogen” plant, making hydrogen and electricity, while capturing and storing the CO2 in the North Sea. It was to be a big EU programme. I got my workmates at Petten to see that switching Hypogen from making hydrogen, at night, over to generating electricity during the day, would maximise revenue. Potentially it was the route to success, but, like the rest of my initiatives, Hypogen has come to nothing, except to give me a lot of fun, and indirectly helped Europe move to the hydrogen economy. 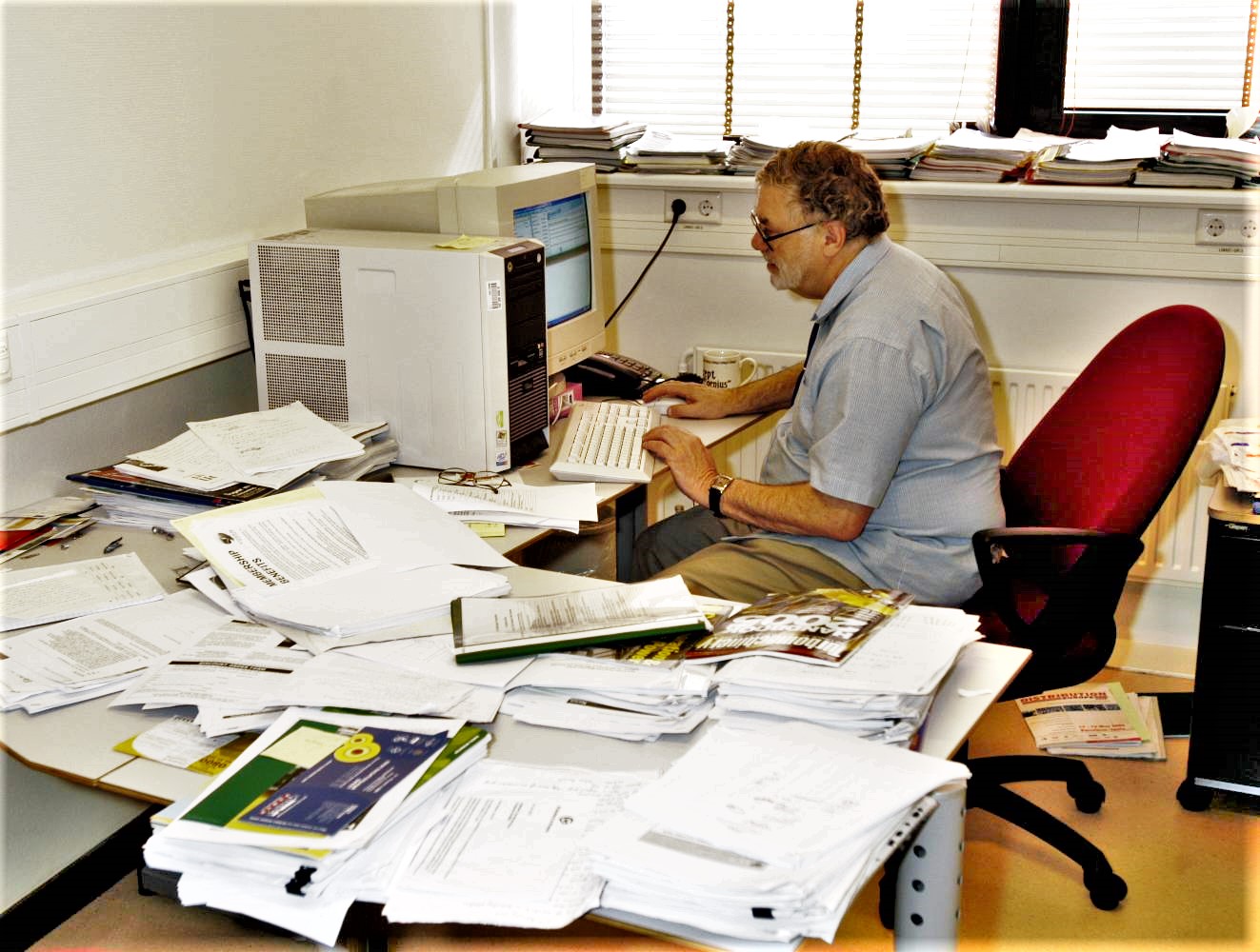 At the Institute for Energy, at Petten, in the Netherlands, one of the EU’s Joint Research Centres around 2006

As a good friend from British Gas said, “Why look on the black side? You were lucky enough to be paid for your hobby”. Accordingly, although it is now 15 years since I formally left the energy and materials business, I still try to contribute. Attempting to be a supportive but objective voice for renewable energy with the Claverton Internet Energy Group, and through letters to the IMechE and Inst of Materials, Mining and Minerals.

My other hobby is Industrial History. Mainly focusing on the 20th Century and how Britain began to lag behind. I am not one who sees industrial progress through rose tinted Victorian spectacles. Misted over with steam. I used to be a big contributor to the Newcomen Society for Industrial History, having written several papers on the history of poppet valve alloys (as used in aircraft and automobile piston engines). I initiated and helped set up two conferences. One, entitled the Piston Engine Revolution, the other on how the First World War saved British Engineering (you read that correctly!) Then there was the week long visit to Teesside in 2018.

Thanks to a chance meeting with Ian Whittle, the son of Sir Frank Whittle, the inventor of the jet engine, I transcribed and commented on Sir Frank’s Cranwell 1928 thesis. My efforts have been published in the Journal of Aeronautical History, which shows that contrary to what almost everyone thinks, it isn’t about the jet engine or jet propulsion. https://www.aerosociety.com/media/11404/paper-2019-01-starr-whittle-thesis.pdf
I have just stopped writing “Fred Starr Recollects” for Materials World magazine, these being based on my somewhat oddball and eclectic career. However, with the encouragement of Herbert Eppel, who runs HE German Technical Translations, I have started doing another set of anecdotes on “Great German Scientists” for his website. I still remember Teesside and recently joined the Cleveland Industrial Archelogy Society, as well as posting pictures on “Picture Stockton “. A website that has been categorised as one of the best assemblies in Britain of one towns historical and local pictures.

This website uses cookies to improve your experience while you navigate through the website, but they do not collect personal information. Out of these cookies, the cookies that are categorized as necessary are stored on your browser as they are essential for the working of basic functionalities of the website, such as logging in or commenting. We may also use third-party cookies that help us analyse and understand how you use this website. These cookies will be stored in your browser only with your consent. You also have the option to opt-out of these cookies.
Necessary Always Enabled
Necessary cookies are absolutely essential for the website to function properly. This category only includes cookies that ensures basic functionalities and security features of the website. These cookies do not store any personal information.
Non-necessary
Any cookies that may not be particularly necessary for the website to function and is used specifically to collect user personal data via analytics, ads, other embedded contents are termed as non-necessary cookies. It is mandatory to procure user consent prior to running these cookies on your website.
SAVE & ACCEPT